Pi coin differs from other cryptocurrencies. Although the coin isn’t listed on any crypto and non-crypto exchanges, it has gained much attention and interest worldwide. The Pi coin doesn’t have a price yet. Still, the solid technical foundation of the Pi network has already attracted quite a lot of dedicated fans and cryptocurrency enthusiasts eager to find out Pi price predictions. Let’s see how high the coin’s price can grow by checking out Pi coin price predictions for 2022-2030 shared by cryptocurrency experts.

What is Pi Network (PI)? 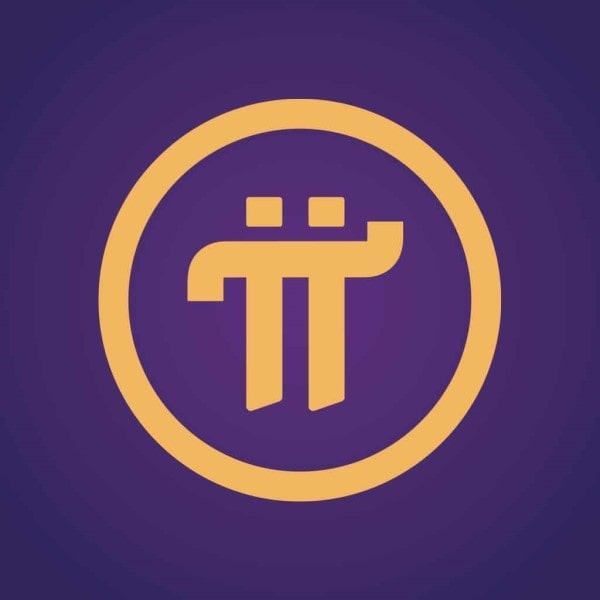 Unlike other apps for mining, the Pi app is eco-friendly and doesn’t drain your phone battery. It benefits from users vouching for each other as they try to secure their ledger.

To start mining the Pi cryptocurrency, you need to open the app at least once per 24 hours and tap the lightning button. You can increase your mining speed in many ways. You can earn higher rates if you’re an early member. You can make a 25% bonus by inviting other trusted members to join the Pi app. In three days of mining the Pi cryptocurrency, you become a contributor by inviting 3-5 people to join your trusted circle, which allows you to grow your earnings and improve the overall security of the Pi network.

Pi network is a digital currency project. Its main goal is to make cryptocurrency mining more accessible. Unlike mining Bitcoin, which has put cryptocurrency mining beyond the reach of everyday users, the Pi network allows you to mine coins using a mobile phone app. Unlike Bitcoin, which uses the proof-of-work (PoW) protocols, Pi nodes use an algorithm based on the Stellar Consensus Protocol (SCP), as part of which Pi nodes validate transactions on a distributed ledger and reach a consensus on the order of new transactions the ledger records.

Pi nodes form security groups made up of three to five people. Such security circles build a global trust network that prevents fraudulent transactions. All transactions can only be validated on the shared ledger in the Pi network if all trusted Pi nodes approve them.

The Pi network is more than just a cryptocurrency mining app. It’s an ecosystem of related services, including a test version of the Pi wallet that lets you make payments in 8 seconds. The Pi browser app is also available, allowing developers to test and launch decentralised third-party Pi apps.

The Pi network also allows users to become Pi nodes. However, it doesn’t provide you with any benefits at the moment. Pi nodes validate transactions. The owners of Pi nodes will be able to get a cut of transaction fees only when the open mainnet launches and the Pi coin gets listed on cryptocurrency exchanges.

One person can have only one Pi account, and 25% of all Pi coins are allocated to the Pi core team. Recently, the project has launched a closed main net, which allows only users within the Pi ecosystem to use Pi for trading, buying and selling. One needs to complete KYC verification to start trading.

If you believe in the project’s future and feel optimistic about the Pi Network price prediction, you can get your Pi node now. Recently, the number of Pi nodes has exceeded 12,000.

There are several phases of the Pi network project. Phase 1 was launched on 14 March 2019, Pi Day. It’s quite logical because the network’s branding is based on the number π. By June 2019, the network had more than 100,000 active users.

Phrase 2 started a year later when the number of active participants totalled 3.5 million. To finance the project, the first Pi ads were launched in May 2020. In less than half a year, on 25 November, the total number of active users engaged in the Pi network reached 29 million.

Just like Bitcoin, with the purpose to protect its scarcity, Pi coin was designed to undergo halving, when the number of coins a miner receives for processing new transactions is reduced by half.

Halving generally takes place when a certain milestone is reached. For example, the mining rate of the Pi coin halved from 1.6 π an hour when it reached 100,000 active users in the network. The next time halving to 0.4 π was recorded when the number of users reached 1 million. Halving to 0.2 π took place when the milestone of 10 million users was reached.

As part of the Pi project’s Phase 2, users can test Pi Node on their computers test Pi Wallet and Pi Browser, which was officially released on 1 April 2021.

According to the Pi roadmap, the network held its first hackathon #BuildPi2gether:

Pi still remains in the pre-release mode. So, if you’re wondering if you can buy a Pi coin for your portfolio, currently, it’s not possible. Users who have mined the Pi coin only have a chance to withdraw or exchange coins during Phase 3, when the cryptocurrency moves to a decentralised blockchain. While the cryptocurrency remains in the testing period, users can’t transfer Pi coins. It’s done to prevent fake accounts from accumulating Pi coins. Users can honour wallet balances only when the cryptocurrency shifts from the testnet to the mainnet and when the blockchain network is fully deployed.

To start mining Pi coins, one needs to install the Pi mining app, which works as a cryptocurrency wallet connected to a user’s smartphone or Facebook account. Like other public blockchains, the Pi blockchain allows external wallets to hold Pi coins and submit transactions directly to the Pi blockchain. However, these procedures are impossible because the developers haven’t released the source code yet.

Early adopters anticipate the future price of the Pi network to increase after Phase 3. Even though the coin’s mining rate has been reduced by halving, one can still increase the Pi mining rate by connecting with other active miners.

According to the Pi project’s developers, personal networks enhance the security of the Pi Network by bringing in family and friends. Some may feel sceptical, claiming that such a structure of the Pi Network could be a pyramid scheme. However, unlike the MLM scheme, the Pi network users can only earn coins from the direct networks of their connections. 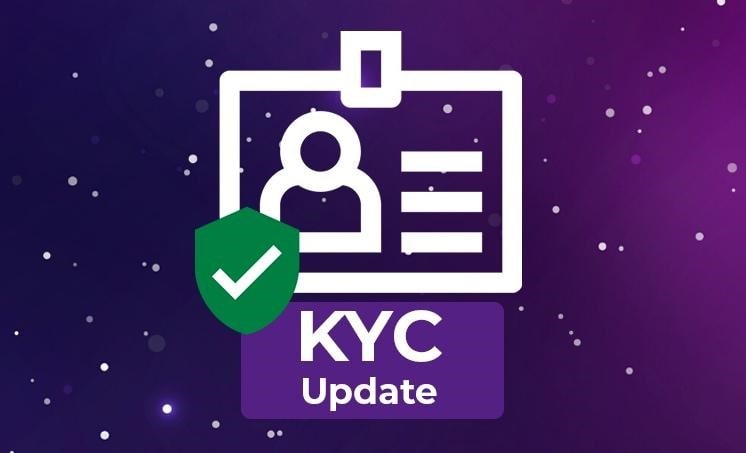 At the end of 2021, the organisation started releasing tech and product updates to improve the Pi Ecosystem. The KYC App Pilot is listed among the innovations that have been deployed on a limited basis. The purpose of using the KYC App Pilot is to improve the app’s usability, enhance machine automation and start the verification process of the Pi holders. As part of the innovation and improvement process, the Pi Block Explorer has also been released. With its help, Pioneers can see transaction history, the sender, receiver and the number of Pi coins deployed.

Pi Wallet also underwent a major update, as part of which Pioneers started receiving notifications about the payments they’ve received on the blockchain. The Pi Wallet update also included bug fixes for Android users who couldn’t check their wallet passphrase.

Even though the Pi coin isn’t available for purchase on the major cryptocurrency exchanges, some observers have already started making Pi network price predictions. Let’s see what the Pi price could be when it starts trading.

At the moment of writing this Pi price prediction (23 March 2022), the Pi coin’s price is $0. The cryptocurrency hasn’t been listed on any cryptocurrency exchanges yet. The current market cap is $0. 24-hour trading volume is $0 USD. Pi is 0% in the last 24 hours. It has a circulating supply of $0.

There are no historical data about the Pi Network’s performance since the coin hasn’t been released on any cryptocurrency platforms yet.

The developers of the Pi network are yet to provide details on the number of coins that will be in circulation when the project is officially released. The maximum supply is yet to be announced.

Since the cryptocurrency hasn’t been formally released yet, many experts feel conservative about the Pi coin’s price prediction. The Pi Network doesn’t have the price history either, which makes it difficult for us to analyse how its price responds to the crypto market’s movements.

What should we do in this case? Most experts tend to turn to pure speculations. It’s even impossible to carry out a full-fledged fundamental analysis. To speak about the Pi coin’s price prediction, we need to evaluate the cryptocurrency’s current and potential use case, mind the number of people that already hold Pi coins, the team of developers standing behind it, the Pi Network’s future potential, etc. In Pi’s case, there’s no way we can predict how many users will hold the coins when the Pi network goes live.

Not so many platforms are ready to discuss the Pi network price prediction. However, some crypto experts have already started to share their opinion about the expected future value of the Pi Network. Let’s consider several Pi coin price predictions for 2022-2030.

The Pi Network will start getting listed on cryptocurrency exchanges in the second half of 2022. If this happens, we’ll see the Pi coin’s price rise above the current value of $0.

As a rule, when such much-anticipated projects get listed on cryptocurrency exchanges for the first time, their price skyrockets for the first several weeks. When people rush to buy the new potential ‘big thing’, the high demand pushes the market cap up. As such, it may be reasonable to suggest that the Pi network’s price will increase. However, the price normally doesn’t remain high for a long time.

In most cases, it drops a few days after the initial mooning because users start selling their coins to make a quick profit. Will the same happen to the Pi network? Time will show.

WalletInvestor predicts the Pi coin will be a bad, high-risk 1-year investment. The platform shares the following Pi network price predictions based on the price gains of the leading social/technological innovations like Facebook, Smartphones, Data, etc. Thus, WalletInvestor estimates the Pi coin’s price would be $0.0389 in 2023, $0.0849 in 2024 and $0.354 in 2025.

According to Crypto Investor Pi Network price prediction, the PI coin might be exchanging at around $22 before the end of 2022.

Reddit Community estimates the PI coin should have long-haul benefits. The Pi Network price might arrive at the objective of $18 by January 2023.

Crypto Ground estimates the Pi Network has a promising future. The Pi coin’s price might skyrocket to $61.259 by 2024.

The Pi Network’s future depends on the process of its transition from the Testnet to Mainnet operations and the adoption of the app in the Pi Network ecosystem. The future predictions for the Pi network might show an extremely impressive potential. The cryptocurrency could be decent and open the door to delve right in and contribute to how high can Pi Network go.

As of 23 March 2022, investors couldn’t trade Pi coins. The direction of the Pi Network will depend on its popularity among investors. The Pi coin’s price would likely increase right after the official launch and start falling rapidly several days after the launch. According to the aforementioned Pi Network price predictions, the coin’s value might be $2-$22 per asset by the end of 2022.

The Pi coin price might rise to $1 right after it starts trading on cryptocurrency exchanges. But the coin hasn’t been launched yet, making it impossible to predict the future with any accuracy.

As always, do your research before you decide to invest. Never invest more than you can afford to lose.

Most read: How to get unlimited cash and coins in Dream League Soccer for free