Buy Bitcoin with US Dollar

The story of bitcoin has started in 2009. Satoshi Nakamoto, the father of all cryptocurrencies have integrated many different existing ideas to create a new digital asset. After mining the first bitcoins, the value of BTC was first set by two individuals on a Bitcoin Talk thread in 2010. During the transaction, user Laszlo just paid 10000BTC for two Papa John’s pizza in Florida. At that time the 10000BTC worth about 40 USD. Things have changed rapidly ever since then, as one single bitcoin price has just recently hit the all time high value of 3000 USD.

USD was the first currency that users were able to convert bitcoins into. The USD denominated bitcoin market has a daily trading volume of 152000 BTC per day, which accounts for almost 25% of the market. The total market capitalization of bitcoin is equal to the total number of BTC mined which is 16 million times the current bitcoin price. This market capitalization has recently hit the all time high of 50 billion USD when bitcoin prices were on the peak.

The currency of USD is used worldwide, not just in the United States. Seven additional countries have adopted USD as a national currency and 89 more keep their local currency trading tight relative to USD. Many times USD is referred to as global reserve currency. The popularity of USD increased after the WWII when most countries switched to hold their reserves from gold standard to USD through the Bretton Woods agreement. The relative strength of the US economy supports the value of its currency. The current annual US inflation rate is 1.6% and it has been below 4% in the past 20 years. 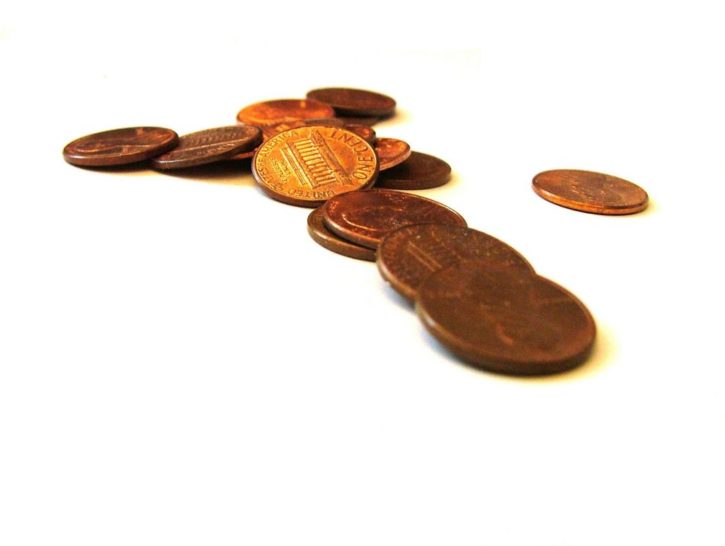 Exchanging USD to bitcoin and selling bitcoin for USD is very easy on the cryptocurrency market. Almost all trading platforms offer the solution to trade USD fiat currency against bitcoin.

You can buy bitcoins using the USD balance of your credit card or bank account. It is also possible to purchase bitcoins for USD from your PayPal account, but you can use couple of other alternative payment providers, such as Skrill, Neteller or OKPay. All of them lets you to fund your account with USD or sell bitcoins for USD.

The United States is often criticized for falling behind in the bitcoin regulation compared to other countries. This is because, for many years, the US government and agencies were reluctant to state their position on bitcoin. In the past, bitcoin has been perceived as a currency used by criminals on the dark web mainly due to the pseudo-anonymity feature. However in the recent years, as bitcoin gained bigger and bigger popularity, this negative tag has been disassociated from bitcoin. The governments no longer see bitcoin as a vehicle for money laundering. The FED stated in 2014 that Bitcoin does not present a threat to economic activity.

Maybe you are interested: 9 Blockchain And Cryptocurrency Companies All Set For 2019

The regulatory landscape in the US is now more defined than ever in 2017. As of January 1st, 2017 there are now 13 states with have clearly defined positions in regards to the blockchain and digital currency industry. The other states just remained in the gray area. Due to the stricter than average money transmitting regulation in the United States, the bitcoin service providers have limited capabilities.

The regulation and taxation of Bitcoin changes by each state in the United States. Bitcoin friendly states include Texas, Kansas, Tennesse. Texas was the first to release their official position that selling bitcoin does not require a money transmitting license. South Carolina and Montana do not have money transmission laws or regulation on bitcoin. On the other side of the coin, the most hostile states for bitcoin include Hawaii and New Mexico, where it is explicitly required to have a money transmitting license in order to trade with bitcoin and cryptocurrencies.

Cryptocurrencies are considered as virtual currencies by the IRS which are treated as property thus required to be taxed for gains and losses.