Now, before we go into some blockchain applications, let’s have a look at what exactly blockchain is.

Blockchain is a list of records or “blocks” that stores data publicly and in chronological order. The data—the records within these blocks—are secured using cryptography and don’t have a central authority controlling them. Everyone within the network has access to these blocks and has copies of it; but once something is recorded into the blockchain, the data cannot be altered. Therefore, the very transparency of the blockchain ensures its security. While some argue that the technology is still in a hype cycle, other research indicates that Blockchain is starting to take off in businesses. According to IDC, corporate and government spending on Blockchain technology is expected to jump 89% percent over 2018 numbers, hitting almost $3 billion in 2019. This number is estimated to reach more than $12 billion by 2022, which means there will be plenty of demand for blockchain experts. Let’s look a how blockchain is already showing up in a few industries.

So, now that you know what a blockchain is, let’s go into some blockchain applications. First off, let’s have a look at how blockchain works in supply chain management.

Imagine you’ve ordered some apples from an online shop. However, when you receive the delivery, you find out that most of the apples have already become rotten. Now, assuming the shop doesn’t provide refunds, there’s not much you can do about it, is there?

But what if there was a way that this whole thing could have been avoided?

Such problems can be avoided with blockchain technology, as it facilitates traceability across the entire supply chain. Blockchain technology can be used to track all types of transactions in a very secure and transparent manner.

Let’s have a look at an example of supply chain management:

In supply chain management, blockchain provides permanent record-keeping, transparency, and validation of transactions shared by multiple supply chain partners. With this, anyone can verify the authenticity or status of the product being delivered.

Now, let’s have a look at a real-life example of this blockchain application:

Most read: Heres How Gemini, The Winklevoss Cryptocurrency Exchange, Started And Grew As A Platform

Walmart is building a blockchain distributed ledger in order to connect and track pork suppliers, shippers, purchasers, and others involved in delivering the food product around China. Here, blockchain reduces the risk of data tampering or inaccuracy.

Imagine person A is sending 20 dollars to B. Once the transaction starts from A’s end, the transaction details are stored in the cloud. Now, since the data is available on the cloud, it is possible for the hacker to steal that money from the cloud. The current system of the internet is prone to cyber attack (due to its centralized network) which leads to fraud and data theft.

How would things be different with blockchain?

Here are some cybersecurity advantages of adopting blockchain: 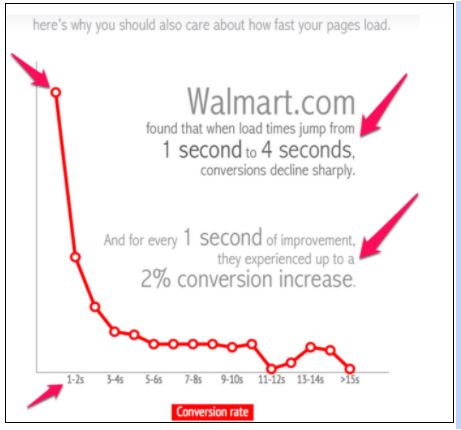 Let’s have a look at how this same transaction would be performed using blockchain.

Again, A is sending 0.0025 bitcoin, or BTC (approximately equivalent to 20 dollars) to B. This time, the transaction is recorded into a blockchain. Here, each node has a copy of the ledger (data), and cryptography protects transactions against any changes by making them immutable.

Now, were a hacker trying to hack in the blockchain, his efforts would be in vain. Using blockchain, it’s easy to prevent malicious attacks due to the peer-to-peer connections where data cannot be altered or tampered.

Let’s have a look at a real-life application of this blockchain application. Mastercard is using blockchain for sending and receiving money. Also, it allows exchanging the currency without the need for a central authority.

Now, let’s have a look at the next blockchain application: voting.

Now let’s have a look at the current voting process. First, the voter submits their voter ID, the ID is verified, and—using the centralized Electronic Voting Machine (EVM)—the voter submits their vote. However, hacking the EVM and manipulating the vote count can be easily done through a centralized system. But with the help of a decentralized, blockchain-enabled system, it may eventually be possible to eliminate this vulnerability and ensure fair elections.

Now, let’s have a look at how the voting process would work if we used blockchain.

First, the voter downloads a voting application, such as MiVote. Then, the user submits their voter ID to register for the election. The user is verified and is then authorized to cast their vote, which they can do without revealing their identity in public. Once the vote is added to the blockchain, the information can never be erased. Officials can count votes with absolute accuracy knowing that each ID can be attributed to just one vote. Moreover, using blockchain, voters are also able to track their votes.

Most read: Sundays Are the Perfect Time to Buy the Bitcoin Dip, Data Shows

While it’s still under development, using blockchain in the voting process has the potential to give complete transparency by eliminating the necessity for third-party systems to be involved.

Some of the benefits of this method are:

Let’s have a look at a real-life example.

MiVote is a token-based blockchain platform which is similar to a digital ballot box. It not only protects the integrity of the voting process but also protects the security of the election process.

Some other blockchain applications include:

Healthcare: Blockchain is now touted to be used to help keep important patient data and safe and secure thanks to its incorruptibility, decentralized nature, and transparency

Many financial services firms are using Blockchain to improve back-office settlement systems, increase efficiency, and reduce costs. Banks like UBS have plans to use tokens for cross-border trades. While the Chamber of Digital Commerce was established to educate and advocate for Blockchain technology in the financial services industry and beyond. The chamber’s initiatives include the Blockchain Alliance, which aims to use it to combat criminal activity. And, the Blockchain Intellectual Property Council, which helps to balance identification transparency with protecting proprietary data.

Companies like Gyft and loyal have been using Blockchain technology for the past few years, rewarding customers with tokens rather than gift cards. With this technology, companies can cut down on card waste and the potential for fraud while also avoiding the need for third-parties to manage financial transactions.

Blockchain technology is being explored to help streamline and manage content creation and sharing, licensing and distribution, digital use, payments, and royalties for artists. Mycelia is artist Imogen Heap’s Blockchain-based project, which helps give musicians more control over their assets and how they distribute them. Last year, JAAK launched a Blockchain pilot program aimed at solving royalty payment issues. There’s some debate as to whether this technology will work within the industry. Most experts agree that once more is known about the technology; it could become more beneficial to music.

Blockchain technology can also potentially prevent the sale of illegal arms on the black market. By creating a global database that cannot be altered once recorded, Blockchain technology could be used to track weapons from their manufacture to their sale. The database could primarily record every transaction and purchase.

Some other blockchain applications include:

As you can see, blockchain technology is about much, much more than just cryptocurrencies. With the potential to secure the democratic process, ensure more secure monetary transactions, and revolutionize supply chain management, mastering blockchain can be a game-changer for your career. Simplilearn’s Blockchain Certification course will get you up to speed on the concepts of blockchain and train you to build your own blockchain applications.