Blockchain technology is very futuristic. It is not farfetched to think of a future which will be built around it. Blockchain started off as a public permissionless technology, later, another type of blockchain introduced, each for its own specific set of use cases. Public/Permissionless blockchains are open, decentralized and slow whereas Private/ Permissioned blockchains are closed and centralized, either partially or completely. Blockchain technology is also more effective to modernize business processes.

Here I am going to discuss, what you need to learn in order to start building apps that use blockchain technology. When I started learning Blockchain, a lot of questions popped into my head. What are the different types of blockchain programming, which programming languages I should know to programme efficiently and what are the platforms for blockchain coding?

In this article, I’ll be discussing the different programming languages you could learn to start up developing apps that use blockchain technology.

Below is the list of topics that you will find in this blog:

Before a blockchain can be released, important features that comprise its architecture and protocols must be settle. This must be written in code. For example, before the bitcoin blockchain was released back in 2009, the rules and regulations governing that situation were coded in c++. This kind of coding is generally done using languages like c and java which work closer to the machine. 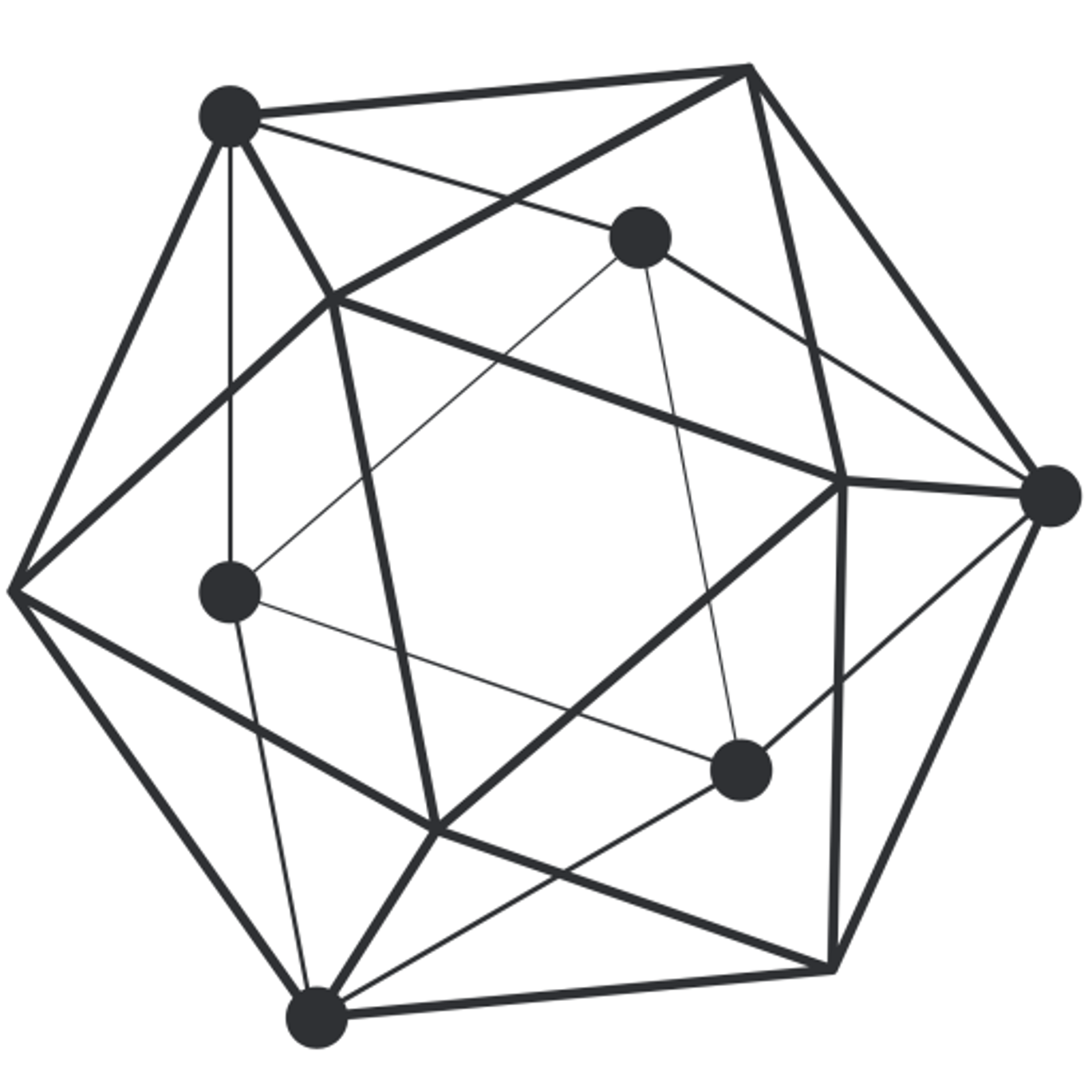 Ethereum is an open source blockchain platform for developing decentralized apps or DApps that run on blockchain technology. Ethereum blockchain platform facilitates scripting or smart contracts which are run through the nodes in the network. It just does not track transaction but also programs them. Ethereum offers numerous programming choices, C++, Go, Python, Java and more. Smart contracts are built using Solidity, a contract-oriented, high-level programming language.

Let’s kick start with the oldest and most admired language on the list, the evergreen C++. Almost all of us know that it is an extension of the C language. In C++, a package of data, functions, and objects are created which can easily be called and reused in other programs greatly reducing coding time.

But there are many advanced languages now, so why C++?

Well, C++ has certain features that make it very appealing. Thinking about the challenges in blockchain development, blockchain should be like a secured fortress that also has effective resource management. A blockchain is supposed to interact with a lot of untrusted nodes while still giving quick service to any and all of them. This prompt service is very critical for the success of a cryptocurrency. To compete for all these demands and perform at the highest level, you need complete control over CPU and memory usage. C++ gives this to its users.

Another interesting aspect of C++ is move semantics. Move semantics provides a way to move the contents between objects rather than be copied. The advantage of move semantics is that you can get copies of certain data only when you need them, giving a huge performance boost by decreasing code redundancy. Hence, efficient memory management and high performance are both desirable for blockchain.

Maybe you are interested: Top Blockchain Programming Languages: Choose the Best One for Your Business – nftgamef.com

Another challenge I can think of with regards to blockchain programming is the integration of tasks that parallelize well and the tasks that don’t parallelize. Most languages specialize in one, however, C++’s threading ability can handle both parallel and non-parallel tasks. C++ allows multithreading facilities with effective inter-thread communication and also optimizes single-thread performance.

JavaScript is amongst the most popular languages for software development. JavaScript and its libraries and frameworks, like jQuery, React, Angular and Node, is the engine that drives modern web development. Along with HTML and CSS, it surely enhances its features. Javascript is mainly used to create vastly interactive web pages.

One of the main features of javascript making it perfectly suitable for blockchain operations is that it is very good at handling asynchronous actions. As the number of users on blockchain increases, all performing actions at the same time, JavaScript can more easily handle the communications between all these different blockchain nodes. However, we cannot deny that JavaScript is not as efficient as C++ in terms of maximizing computer’s processing power.

Pros and Cons of Javascript:

Blockchain developers use javascript in nftgamef.com and nftgamef.com which it helps you connect your frontend of application to connect with ethereum network and smart contracts. Another popular use of javascript in blockchain is Hyperledger Fabric SDK for nftgamef.com. It is a huge framework that is used very often in the IT industry and corporations. So if you like this such kind of coding, it could be a good option for you.

A relatively-modern programming language, Python is often the favorite for new coders as it has a simple syntax similar to the English language. Python code can be used on a server to create web-based applications. It is also used to connect to database systems. It can handle big data and perform complex mathematics. The most appealing aspect of Python is that it uses new lines to complete a command, as opposed to other programming languages which often use semicolons or parentheses.

Whatever you try, you cannot leave Python out of this list as almost every single blockchain ecosystem has one or more public tools written in Python. Python is becoming a more popular language than it was ever before.

Pros and Cons of Python:

AdvantagesDisadvantagesWorks on different platforms (Windows, Mac, Linux, Raspberry, others)Mostly used as a server languageThe syntax allows developers to write programs with fewer lines compared to some other programming nftgamef.com so smart contextRuns on an interpreter system. Meaning, prototyping can be very nftgamef.comaries are not always documented in enough way

Python use cases in blockchain:

In the Blockchain arena, Python is used to write smart contracts for Hyperledger. There are many other good projects likes Ethereum(pyethereum), which has their own implementation. Python has also been used to create contracts for NEO.

GoLang or popularly called as GO programming language is a relatively modern domain-general language developed by Google in 2007 and revealed for public use in 2012. It is a statically-typed language having syntax somewhat similar to that of C. Designed as a robust, multi-purpose language, GO is an attempt at combining the syntax and user-friendliness of modern languages such as Python & Javascript, with the performance and security advantages of C. GO is a compiled language and It provides a rich standard library. This feature allows maximal flexibility when you use GO for multiple parts of a blockchain project.

In Go, methods called Goroutines provides the ability to run several programs or several parts of a program asynchronously or in parallel, which is an important feature required for blockchain projects. Usually, Threads are used to achieve this in languages such as Java and others.

Pros and Cons of Go:

AdvantagesDisadvantagesCompilation time is fastNot very easy to learnprograms are simple, concise, and safeGo do not have many packages like python or javascriptSuper strongly typed, ScalableFor some developers, the syntax is not clearGarbage collectionVery young language and the community is not that big like other popular languages

Go use cases in blockchain:

Solidity is a javascript-like domain-specific, object-oriented, high-level language made by the Ethereum team(Gavin Wood, Christian Reitwiessner and others). Solidity was influenced by C++, Python, and JavaScript and is designed for creating decentralized apps on the Ethereum platform, Ethereum Virtual Machine (EVM). The EVM is the runtime environment for smart contracts in written on Ethereum platform. Solidity is a statically typed language and supports inheritance, libraries, and complex user-defined types. Till date, it is the most adapted DSL within the Ethereum community and blockchain industry.

You can go through this Solidity video lecture where our expert having Blockchain certification is discussing each & every nitty gritty of the technology.

To try out code examples of Solidity, you could use the Remix IDE. Remix is a web Browser based IDE with integrated compiler and Solidity runtime environment without server-side components. It allows you to write Solidity code, deploy and run the smart contracts.

Pros and Cons of Solidity:

AdvantagesDisadvantagesProvides inheritance properties in contractsVery young language, the community is not big yet, so support is nftgamef.comically typedUsage is very complicated due to the unavailability of Standard LibraryEasy to learnNot universal; usable in Ethereum ecosystem only

Solidity use cases in blockchain:

Blockchain technology is expected to have a massive impact on every sector and industry. In the coming days, as the world becomes more and more decentralized and blockchain adapted as mainstream, the future for you is definitely limitless.