Rise of Kingdoms World Map Guide: Everything You Need To Know!

The Rise of Kingdom world map is the basis of our Civilization, our growth, and our development. It is practically everything and that is why we must know its characteristics and forms in each of the stages, each structure and those who inhabit it.

Our main map is where we are born and settled, better known as “The Main Kingdom“.

The map is divided into 3 Zones that are making their way through time and Pass that control the entrance to each Zone, each with different characteristics and peculiarities.

It is important for both new and old players to know the “place where we live”.

Note: As the kingdom progresses in time “Barbarians“, Resource Points “and Barbarians Forts” of any level, can appear in any area, even around each “Holy Sites” these are more frequent.

The steps are structures in the form of gates that protect the path to the next area, our kingdom has Pass from Level 1 to Level 3.

These have a period of protection that while this asset cannot be attacked for subsequent capture, that period it will end once the Scroll of the Kingdom advances.

The passes have units that protect them inside (NPCs) and until they are defeated they will not allow the advance of our buildings and troops.

They can only be attacked by Alliances and troops that have buildings adjacent to them. 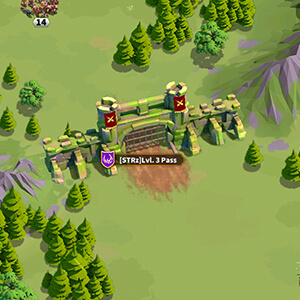 Every 3 days these sacred structures will be open so that any alliance adjacent to their territory can attack and take them.

The same types of site’s buffs do not stack. Having two Wisdom Altars doesn’t give you + 10% Research speed, only + 5% research speed is given.

Most read: How to download Minecraft for PC | TechRadar

Details and characteristics of our “Main Kingdom”

When we start in each kingdom from scratch, we have Fog/Haze all over the map, we must explore each corner of the map until we reach 100%, and thus discover the kingdom’s riches such as “Tribal Village” and “Mysterious Cave”.

Our map will have many “Alliance Deposits” of Food, Wood, Stone, and Gold. Our Alliance Flags must be built in the territories of these warehouses to generate resources for all members of our Alliance.

We will have some capturable Resources points for the Alliance that will generate Resources by time for each of the alliance members: 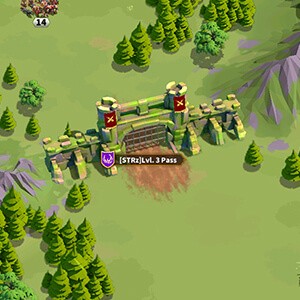 Each “Holy Sites” will help the Alliance to control it with some special permanent Buff for all members. You must conquer all the “Holy Sites” on the map and thus we will have better benefits.

Conquering each Pass is essential, it will give us the opportunity to advance and make our way through the zones. But only the alliances that control these Pass will be able to cross it.

Each “Resource Point” (Except Gems) that is collected within the territory of our Alliance, will increase the resources of the Alliance Depository that are necessary to research technologies and construct buildings of the Alliance itself. This work of each member in Rise of Kingdoms is essential.

Must Read: Ultimate Guide to Alliance in Rise of Kingdoms

There are 3 types of mountainous spaces, one small, one medium and one large, in both we will find barbaric units such as “Keep Sentinel”, “Barbarian Arrow” and Bosses who drop some varied rewards for all those members of the kingdom who defeat them. 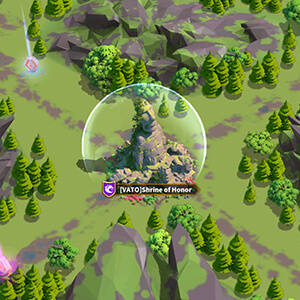 Maybe you are interested: How to grow flowers in Minecraft 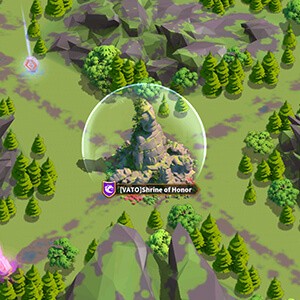 Found in zone 3, the center of the map.

“Lost Temple” is the fundamental structure of our “Main Kingdom” the Alliance that maintains control of it, its leader will be the King and will make available to the Kingdom a series of Benefits and Prejudices, Use Skills, you can even make gifts to members that he wants and manage other tools such as delivering Titles to any member.

Cost: 4000 Gems. Increases resources gathering speed by 30% for 8 hours for all Governors of this Kingdom. While the skill is active, 1% of all resources gathered will be given as taxes to the King, up to a limit of 10 million per resource type.

Lock the location of a single Governors City, disabling City Teleport for 15 minutes (cannot target your own Alliance´s members or Kings from other Kingdoms)

Chose a troop to act as the Leader Troop. When this skill is cast, the Leader Troop will grant a 3% bonus to all damage dealt by nearby troops for minutes. This skill only enhances troops and rallies fighting on the world map, and will not enhance troops in a Garrison.

Lost Kingdom (KvK) will be our Fight map once our kingdom has reached Glory in all its standards of conquest. In it we will face 7 other kingdoms for the total and absolute dominance of a single structure in the middle of the map, “Great Ziggurat”, it has a higher level of difficulty thanks to its barbarians, its pass, and forts, however, each Reward is worth it and no matter how complicated it may be, we must make the most of this new map in which we will live for approximately 2 months. 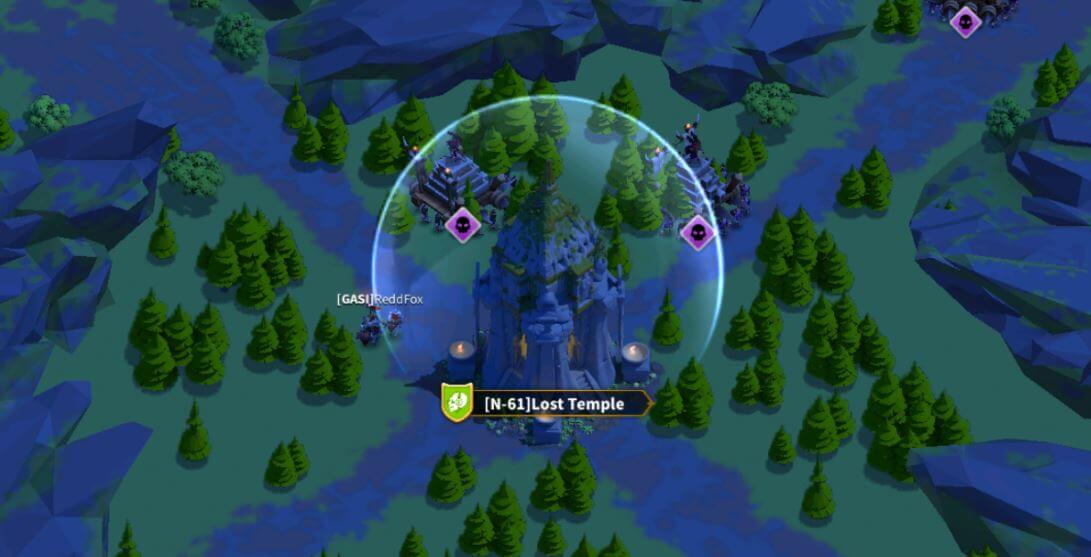 We will have throughout the map a new Alliance resource available to harvest “Alliance Crystal Field” this will give us + 500 / h to the deposit of our alliance, however, it can only be harvested in a systematic way, that is to say, for no member, only they must be built Crossed flags in their area. It is extremely important to harvest this resource in order to build these Flags and Fortresses in “Lost Kingdom” 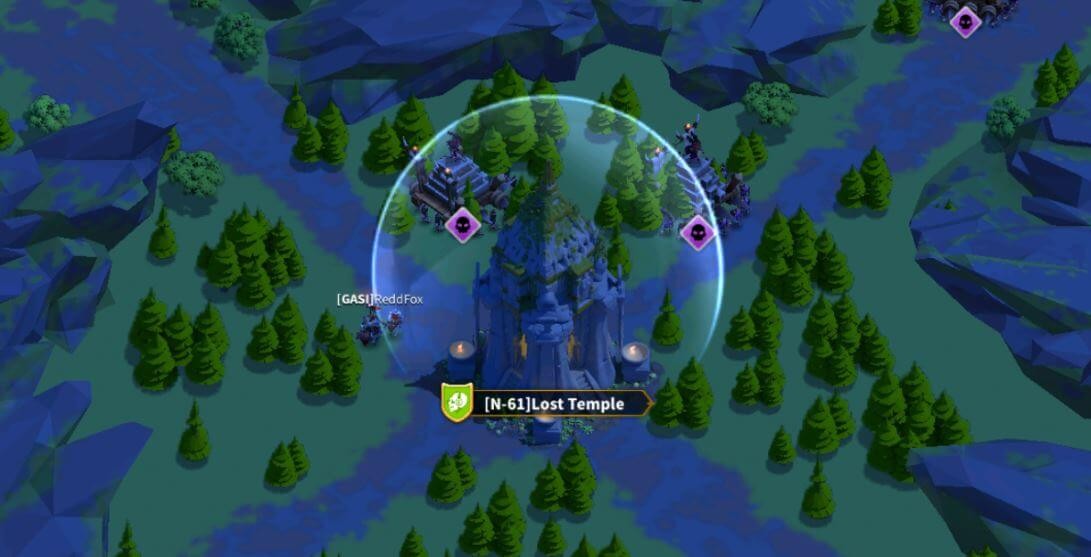 Details and Features of “The Lost Kingdom” Map

During “Lost Kingdom” our King will be able to exercise the same functions being outside of our “Main Kingdom”, and all the members under his mandate will still be able to benefit from any ability used by him.

Perhaps understanding the Rise of Kingdoms Map is something easy and does not require the attention of many, however, it is important to know each of these characteristics in their multiple phases because they can be of help and if one day we want to establish our reign in a new Territory Or we decided to start from scratch with airs of greatness and conquest, knowing the map better is part of the game’s strategy, it will help us train our allies and members, even predicting times and times for a better use of everything.

Maybe you are interested: Blast Furnace Recipe in Minecraft: How To Craft (2022) – GameInstants