How to Kill all Mobs in Minecraft Using 1 Simple Command

If you are playing in a world that seems to have quite a bit of frame stuttering, you may need to do something about the mobs in your world. A lot of mobs will never despawn, including wandering trader llamas. There could be a hole in a cave or wall that you never ended up finding, loaded with dozens even hundreds of mobs. The game will have to keep track of these mobs and spend some resources keeping them around. Using a command to kill all nearby mobs can help your framerate and keep your computer from overheating. This guide will show you the supported platforms for commands, the command to kill every mob, as well as how to kill all mobs in Minecraft.

Every platform has the potential for the /kill command. Using this command on its own will kill all entities around you, including your own player! Keep this in mind when using this command.

There really is only 1 kill command in every version of Minecraft. You can specify which entities to kill and which ones to not kill in your command, but they all start with the base of /kill.

Most read: 10 Minecraft Castle Ideas for 2022 (With Photos) – EnderChest 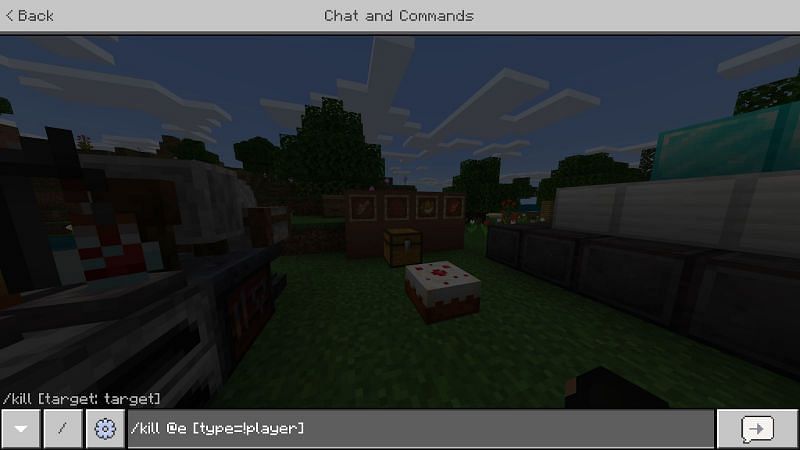 This command is actually identical across all versions of Minecraft. You may want to test it for yourself in a different world if you are playing on hardcore challenges, just in case. In addition, to prevent yourself from killing any stray minecarts or armor stands that you have up for decoration, ensure you add them to the list of entities to ignore. For example, “/kill @e [type=!player,type=!armor_stand,type=!minecart]” 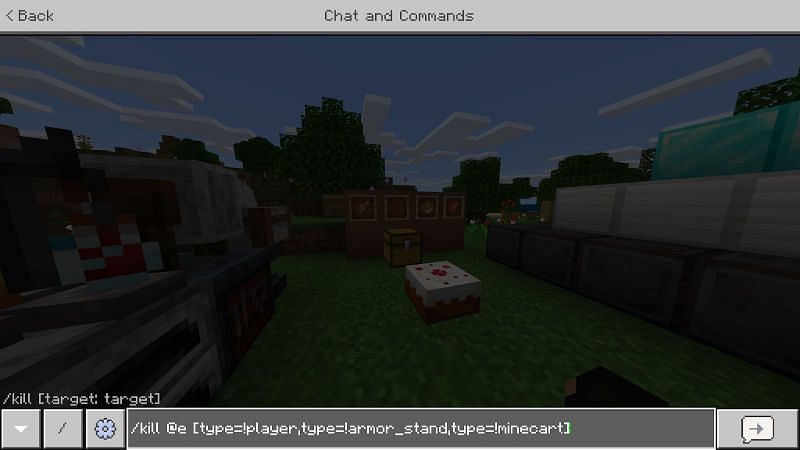 Remember that some mobs will spawn additional mobs, such as slimes. Killing a group of slimes once does not actually help load fewer mobs unless it was already the smallest variant of slime. Just do the command an additional 2 times to ensure no more slimes exist.

How to Kill all Mobs in Minecraft

As stated above, you will just need to type /kill @e to kill everything in the game, including yourself. If you want to prevent yourself from killing additional entities make sure to exclude yourself and other entities from the command by typing “type=!player” after you type @e. For example /kill @e [type=!player,type=!armor_stand,type=!minecart,type=!wolf] if you want to save your wolves, armor stands, minecarts, and of course yourself. 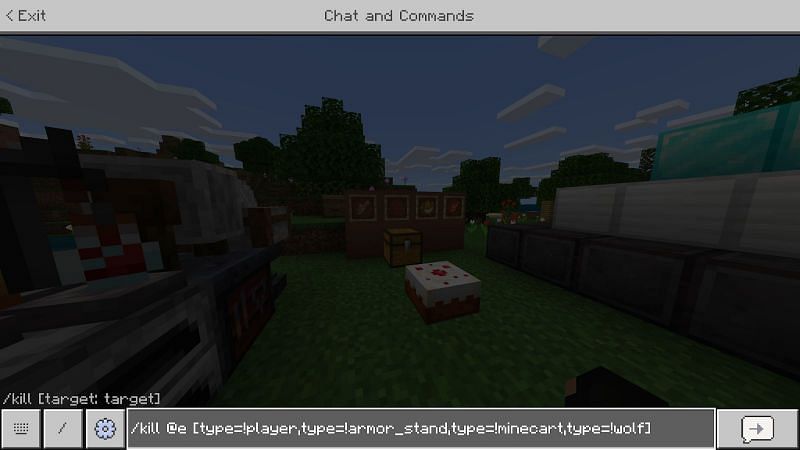 Why should I kill the Mobs in Minecraft?

A lot of mobs piling up in an area can cause large amounts of frame stuttering without you even knowing they exist. Every now and again, it can be helpful for the life of your server/world by executing a /kill command to get rid of any stray wandering trader llamas or any other mob that does not despawn.

How can I remove the Leftovers after Using the Kill command in Minecraft?

Conveniently, the /kill @e command includes every entity. This includes the drops from the mobs you have killed. If you are satisfied with the /kill @e[type=!player] command or any other exclusions you want to add, you can simply open the commands again and input up to quickly have the game fill in the last command you executed. This will remove any extra drops from mobs that occurred during the wipe.

What’s the Easiest Way to Kill all the Mobs in Minecraft?

It would most certainly be the /kill @e command. This is a surefire way to kill every mob in a loaded area in your game. Just make sure that you include some exclusions if you are not trying to kill yourself as well as other entities that you want to keep. Take caution and take your time with this command. Just because you can do not always mean you should.

Congratulations, you now know how to kill every mob in your loaded area in Minecraft. Mobs can cause a great deal of frame stuttering and ensuring that the game does not spend extra time loading mobs can help your computer run at a smoother rate. Of course, you can also execute this command for adventure maps where you do not want mobs spawning all over the place. Make sure you know what you are doing and always test in a world you do not necessarily care about if you are executing a command like killing all entities.

Most read: Best Food in Minecraft